Hyderabad Karnataka Education Society : the prestigious educational institute of Karnataka was established in 1958 by Late Shri. Mahadevappa Rampure to cater to the needs of higher education, especially the medical, engineering pharmacy, law, education, commerce, arts, science and other technical skilled fields. The society in the process of imparting higher education in the backward region of the state has made its impact on the socio-cultural, politico-economic advancement of the region.

The Hyderabad Karnataka area is comprised of Gulbarga, Bidar and Raichur districts. Multifaceted development programmes are implemented from time to time. Inspired by democratic values, the Society is ably managed by a Board constituting the President, Secretary and 13 other elected members. Each member of the Council is a responsible and knowledgeable person with an immaculate track record. 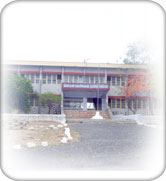 These philanthropists have contributed to the steady growth of the Institute.This was only the third biggest higher co-education centre in Gulbarga district and was the only college established in the rural area of the District. In the year 1967 the institution was inaugurated under the banner of H.K.E. Society Gulbarga by Sri. M. S. Gurupadaswami, Hon'ble minister for Food, Agriculture and Co-operative, Govt. of India on 14th September 1967. In the beginning it was started in a rented building with few students. Later on it grew with full strength and equally with intellectual faculty.

Within four decades of proven existence, enjoyed good reputation for imparting education in Arts, Science and Commerce. It has well built infrastructure facility with a central library having about 27 thousand volumes of various subjects. The Laboratories are well equipped with latest instruments. 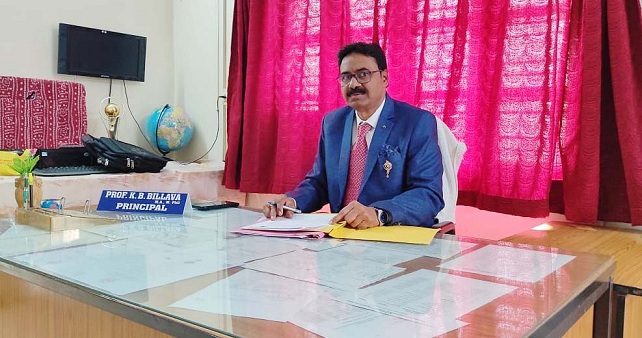 Then transfered to H.K.E'S S.S.Margol College of Arts, Science & Commerce, Shahabad and Involved in various academic and cultural activies.

01.06.1967 to 02.07.1981 Founder principal of the college who was sole responsible for overall development of infrastructure and organized sports meet during 1971-72 under Karnataka University, Dharwad.

15.10.1983 to 12.08.1985 College celebrated silver jubilee under his leader ship. Responsible for the silver jubilee building and same was inaugurated by Dr. B. G. Jawale, president H.K.E society, Gulbarga.

13.08.1985 to 11.07.1986 Known for the discipline under his period the college maintained academic standards. Organized medical & eye camp the same was inaugurated by Sri. Basawarajappa Appa, president H.K.E society, Gulbarga.

12.07.1986 to 16.10.1988 Known for the literary work. Worked for literary Enlightenment among students. Later he was awarded honorary doctorate by GUG and also prestigious Rajotsva awardee.

01.05.1990 to 12.08.1994 College celebrated silver jubilee under his leader ship. Responsible for the silver jubilee building and same was inaugurated by Dr. B. G. Jawale, president H.K.E society, Gulbarga.

09.07.1994 to 31.05.1995 Development of College premises beatification with decorative horticultural plants with the help of Lions Club of Shahabad.

01.07.1997 to 31.10.2001 Utilization of UGC Funds, maintenance of Building, construction of Library building out UGC funds etc., Known for his strict examination reforms.

01.11.2001 to 30.11.2004 High Profiled administrative head who was been a nominated member of state Nataka Academy for two terms. Karnataka state Nataka Academy Awardee in the Year 2000. In his able guidance the college got accredited by NAAC and awarded B+ in 2004-05.

01.12.2004 to 31.05.2008 The women literary laureate of Hyderabad Karnataka region is the author of many books and popular orator recipient of may cultural, literary awards. During her tenure a National seminar was successfully organized on the topic 'Impact of Closure of Industries in Gulbarga Region in Particular Shahabad' in reference to Shahabad. The property of the college was legalized.

06.12.2014 to 02.06.2015 Putup a service of 33 years at various institutional of HKE, Recently transfered from verendra patil degree college, Bangalore. Research scholar in Mathematics and obtained P.hd in fluid dynamics.

03.06.2015 to 28.02.2016 Onwards taken over the charge as the Principal for Degree College. He has the better experience of having service more than 31 years and worked in different degree colleges of H.K.E Society Gulbarga. Involved in many academic activities, conducted many seminars state level and national level, have the intellectual capability in different languages and worked in the arts and commerece faculty, who also have the good communication skills and any matters related for social sciences.

29.02.2016 to 30-09-2022 Onwards taken over the charge as the Principal for Degree College. An IT savvy personality with scientific and modern lookout. He is the man who is behind the latest automation of Office & Library of the College.

18.10.2022 Onwards taken over the charge as the Principal for Degree College.